Me with my new M8With the Voigtlander 35mm Color Skopar f2.5 wide open.

I rarely purchase anything twice.  Once I've sold an item, I really don't harbor regrets. Photography for me is a release, but it's also a business and I buy gear that A. Works, B. Makes Sense, and C. is enjoyable to use. If it doesn't fall into those categories, I send it on down the road.  The Leica M8 that I purchased in 2012 just wasn't that for me.  It didn't work properly (sent back to Leica twice), I had traded my M3 towards buying it (a regret that I rectified through the seller when I returned the camera) and wasn't enjoyable to use because I was so worried that it would have another camera fault. In short it was a headache for me. 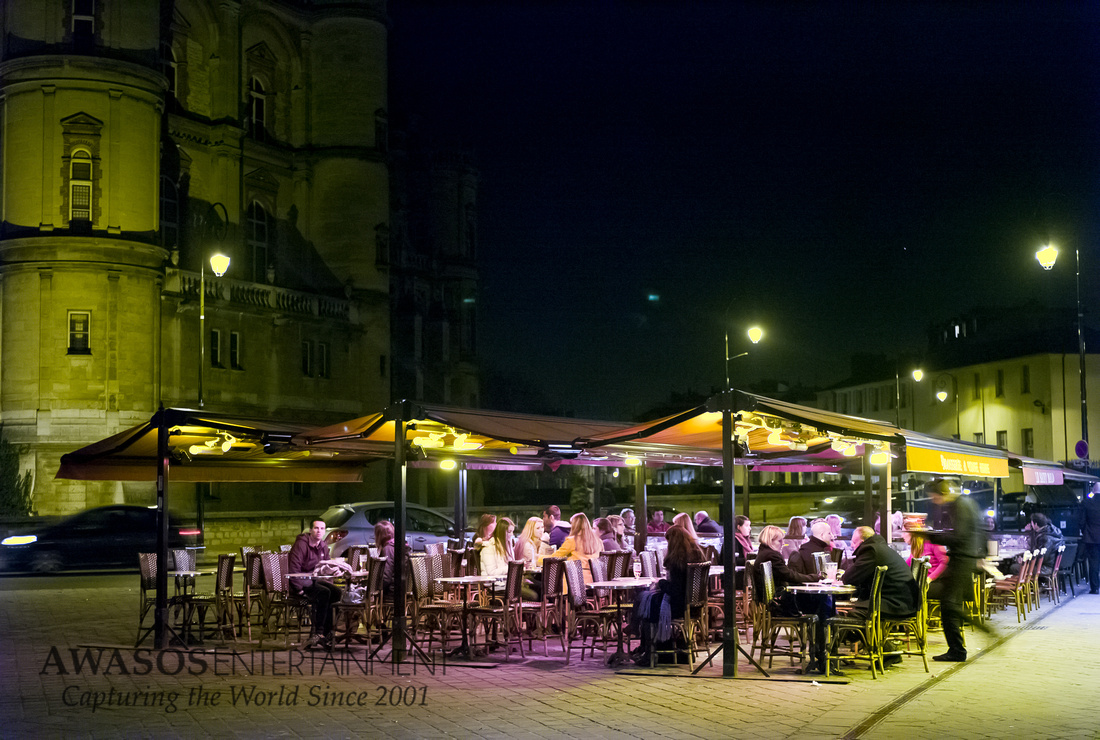 An Outdoor Cafe in St. Germaine En Laye, FranceHandheld (with the help of a post in the ground nearby) with the voigtlander 35mm.

So it went back, but I grew to wish that I had it again. I loved the files, I loved the compact nature of the camera and I love shooting with rangefinders. As a background, I've shot with rangefinders for fun since 2007. My first was a gift from a college professor, and I've been hooked since then. The interface to me is better than using a bulky SLR for most things. They're mechanical gems that are a joy to use. They pare photography down to its basic essence, and they've taught me a lot about the craft. Most of my Leica gear is ancient in photography terms (read: the 1930's, 40's and 50's). I can't afford the latest offerings, as tempting as they are.  Leica is often seen as a luxury brand now, which unfortunately is a bit true with some of their "collector editions" that they put out from time to time.  If you look at the history of the brand, their gear has never been cheap.  It is really expensive to make a proper rangefinder, and to have it made in Germany at that. There are enough third party and used accessories and lenses for the system that you don't have to spend a fortune to shoot with Leica cameras.  Voigtlander and Zeiss (made by Cosina in Japan) are both wonderful companies that offer some amazing glass for Leica cameras at a more reasonable price. 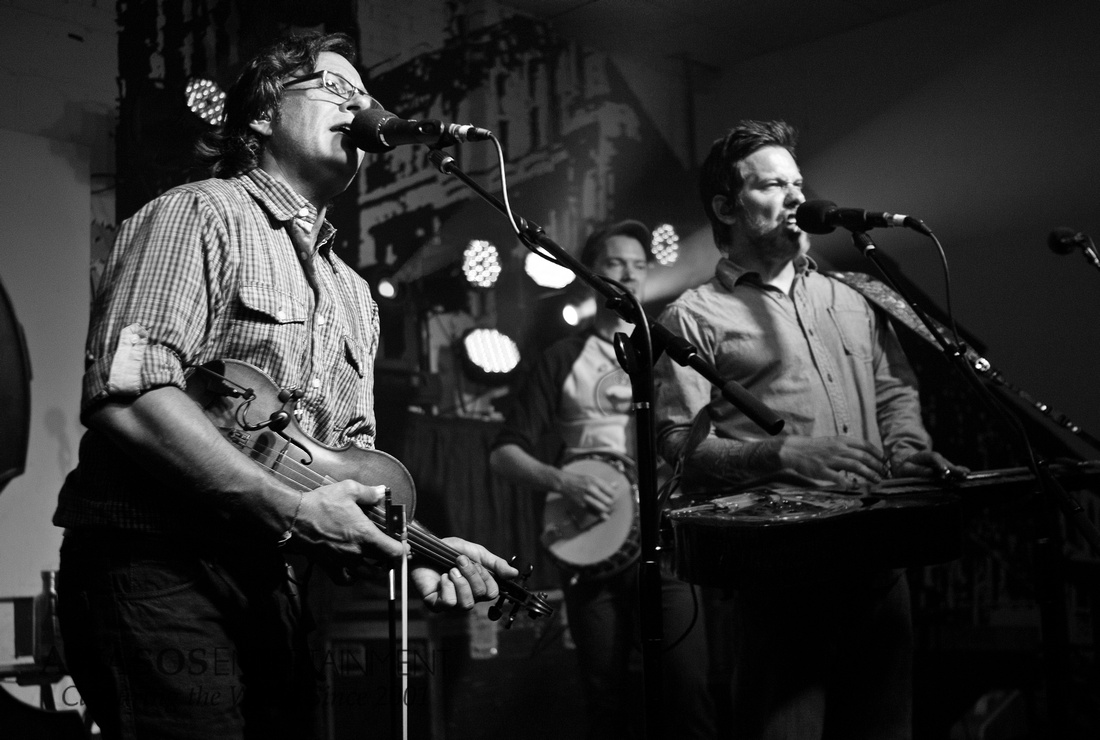 The Infamous StringdustersPutnam Den, with the Voigtlander 35mm f2.5

Realistically, unless I'm shooting sports, I don't need AF, I don't need hundreds of shots taken of the same subject at 10 FPS.  For work I shoot a lot with a Nikon D3, 28-75 f2.8 zoom and a 80-200 f2.8 zoom with a couple of flashes, 17-35 f2.8 for tight spaces, and some other accessories.  It gets heavy, and is honestly overkill. My neck hurts, and I'm just not really willing to carry it around for my own personal photography. I often need to have a digital camera on me for spot news, so my film cameras have been sitting back at my apartment, waiting to be used. 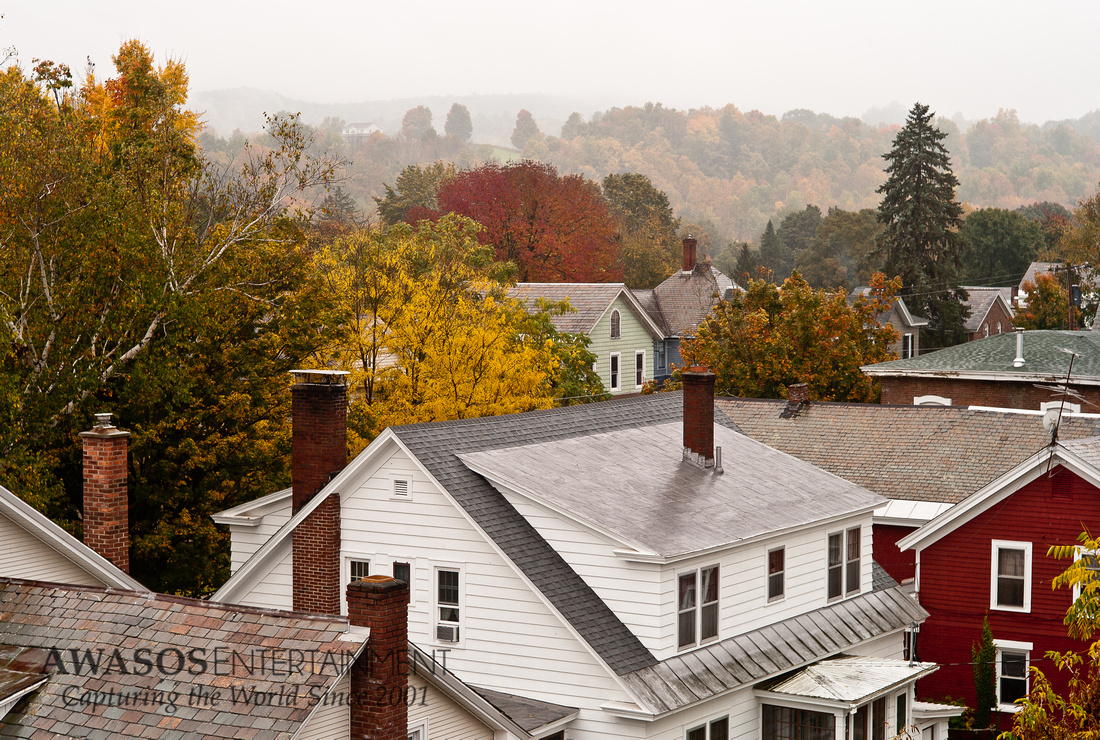 Fast forward a year and a half, and I'm back with the M8.  This time I did not sell the M3, as prices have dropped to a point where it wasn't necessary for me. I also bought from a dealer with a 1 year warranty, and it had just come back from Leica with a fresh CLA. (Bonus, I'm getting a couple of free filters from Leica).  It's in great shape and it confirms that I've been missing out on the rangefinder experience for work and for fun.

I couldn't justify an M9, ME or M(240) to myself. They're all just too expensive for what I would be receiving out of them.  I would prefer full frame to the crop sensor on the M8, but 1.3x is not a huge crop and I don't find it too restricting. A used M9(P) runs $3600-5200. A new ME is $5,000 and the M(240) is a whopping $7,000, if you can find one. Both the M9 and ME are incremental increases in technology over the M8, in my opinion. A great increase if you need full frame, but not in terms of IQ, noise, etc. At least for what I do.  The M would be wonderful, but it's close to four times what I paid for the M8.  Perhaps in 5 years or so an M will come my way, but for now the M8 is a wonderful entry into the world of digital rangefinders. Frankly, it's price puts it into a range where I'm not worried about using it and damaging it. For those of you that would suggest a Fuji Xpro instead, I say that's a valid camera, but not really what I'm looking for.  I want the rangefinder, not an AF camera that looks like one. 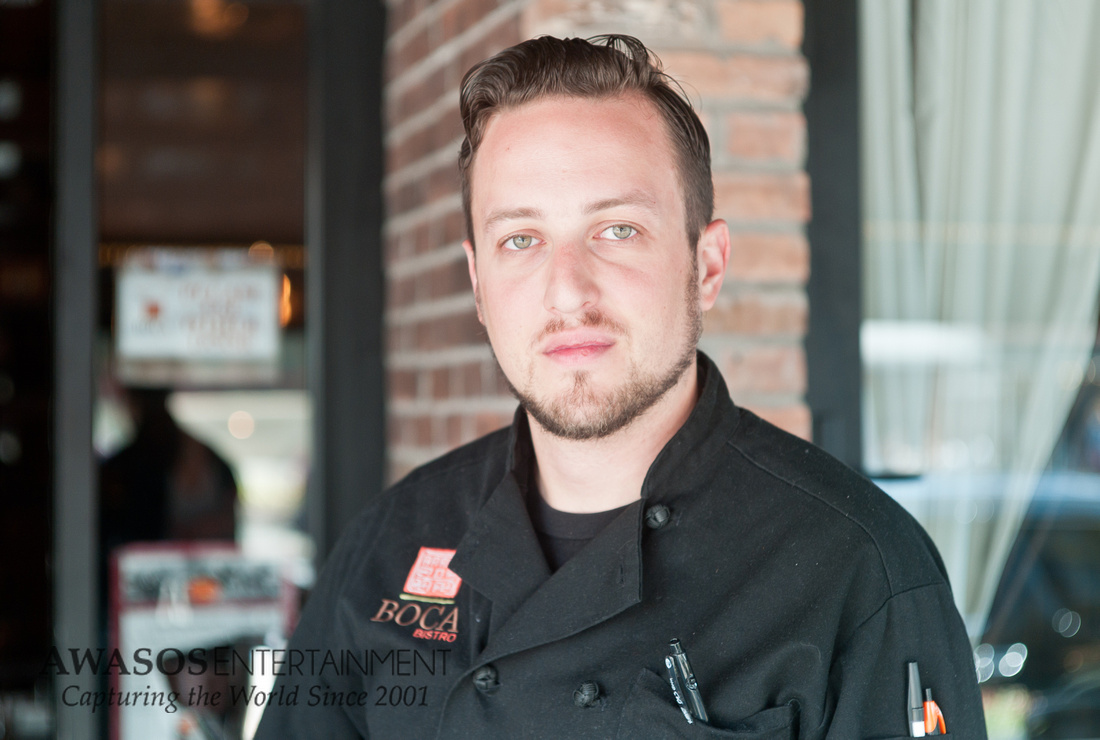 There is a quality to the file from the M8 that I just love. Besides having fantastic colors, I've found that I can convert the RAW files into some of the best B&W images that I've ever made.  The camera almost cries out to be shot in B&W with subjects. The lack of an anti-aliasing filter and super thin infrared filter means that the images are crisp and sharp. Yes I use IR filters on the lenses, but I mounted UV filters on my Leica glass anyway, so it's not a hassle. 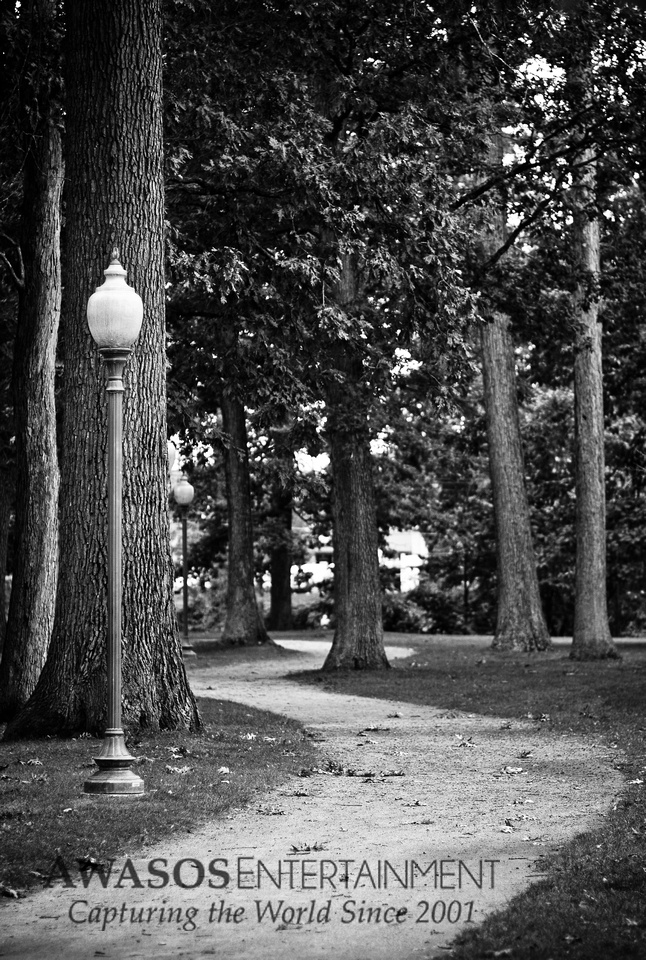 The "downfall" of older digital gear is usually its high iso files. [WARNING: Techno-babel about to commence] I will agree, it definitely has more noise than my D3.  I can push the D3 into the stratosphere if I need to.  A difference though is my prime lenses with the M8 means I don't need to push the ISO limits as hard. For example, the 80-200 f2.8 has a lot of elements (18 elements in 14 groups).  This leads to light loss, no matter how good the coatings are.  About a half a stop or so in my experience compared to a 6 or 7 element prime lens.  So it makes it the equivalent of about an f3.5 lens in terms of the amount of light that gets in.  Compared to an f2 lens then, I can get about 1.5-2 stops more light on my subject.  Also since the M is a bit more compact and doesn't have the mirror slap, I've found I can shoot at a slightly lower shutter speed compared to with an SLR.  where I would require an 80th of a second with the D3, I can usually get away with a 1/40th or slower with the M8.  The result; I don't need ISO 2500 with the M8 unless its a black cat in a coal mine. 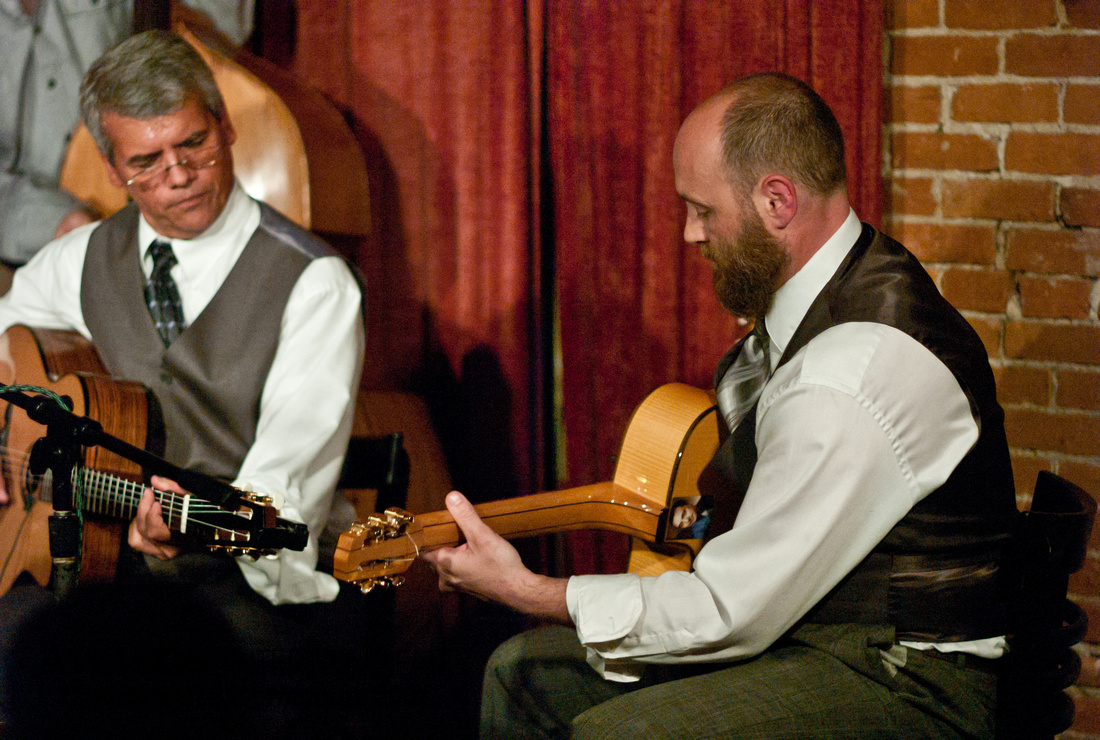 Hot Club of Saratoga, Caffe LenaHigh ISO shot with the M8. I don't see an issue with grain here. It's present, but not overwhelming. 90mm Summicron @ f2

My two systems complement each other;  I use the D3 when I need telephoto, super low light, speed, etc. I use the M8 when I just want to have something that is small, lightweight, and works.  It's great for photojournalism, concerts, and general photography.  In short, I've taken more photos for myself in the last month than I think I have in the last 6 months.  And realistically, the best camera is not only the one you have on you, but the one that makes you want to take a photo.  Rangefinders are what do that for me right now, and the M8 seems to be doing well by and large in that category for me.  I'll still keep and shoot the M3, M6 TTL, etc. that I have.  Variety is the spice of life, haha. But it's nice to know that when I go out the door, I have something that I can shoot for fun or shoot for work on me.  I also find that subjects seem less tense around the smaller camera, though I'm not sure it's because they assume I'm shooting film (I think I've gotten that about 15 times since I've been out with the camera this month) or simply because it's not as big as the D3 with lenses, SB 900 flash, etc. As a six foot two inch man built like a linebacker, I'll never be inconspicuous while taking photos. 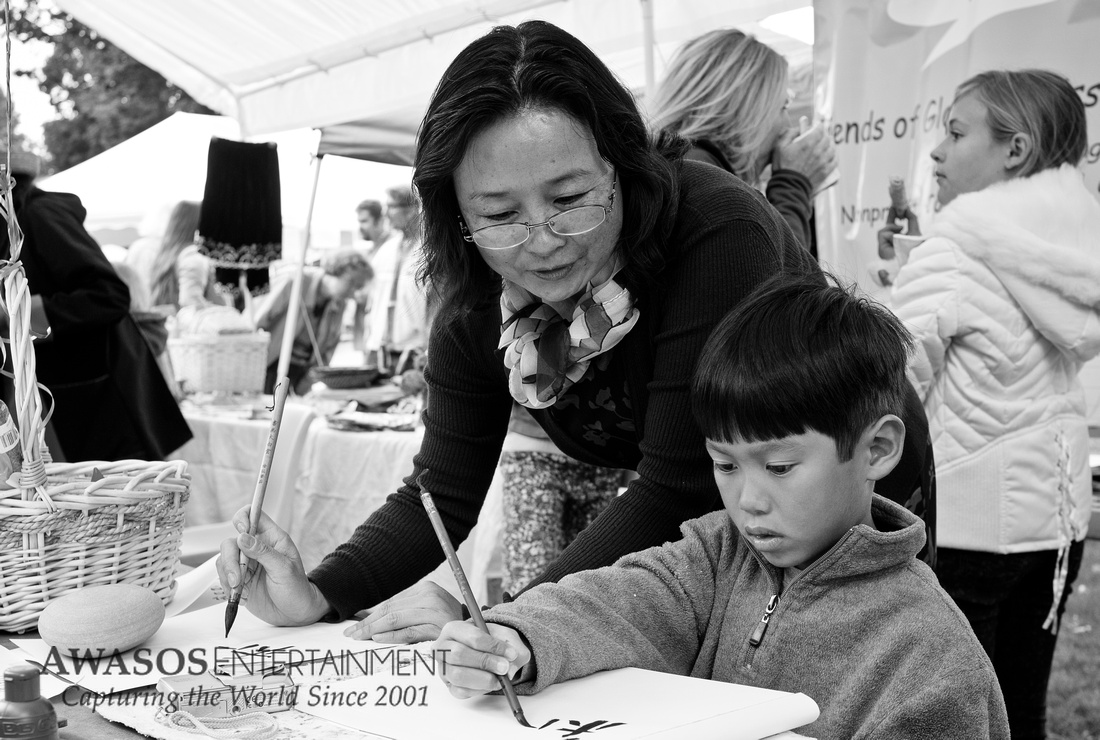 That's all for now,

P.S. If you've enjoyed what you've seen, consider purchasing a print! All of my images are for sale, and I use my camera to pay my bills.  Nothing makes me happier than to see an image go to a home where it belongs, and you'll have the satisfaction of supporting a working artist instead of purchasing mass produced art from department stores. 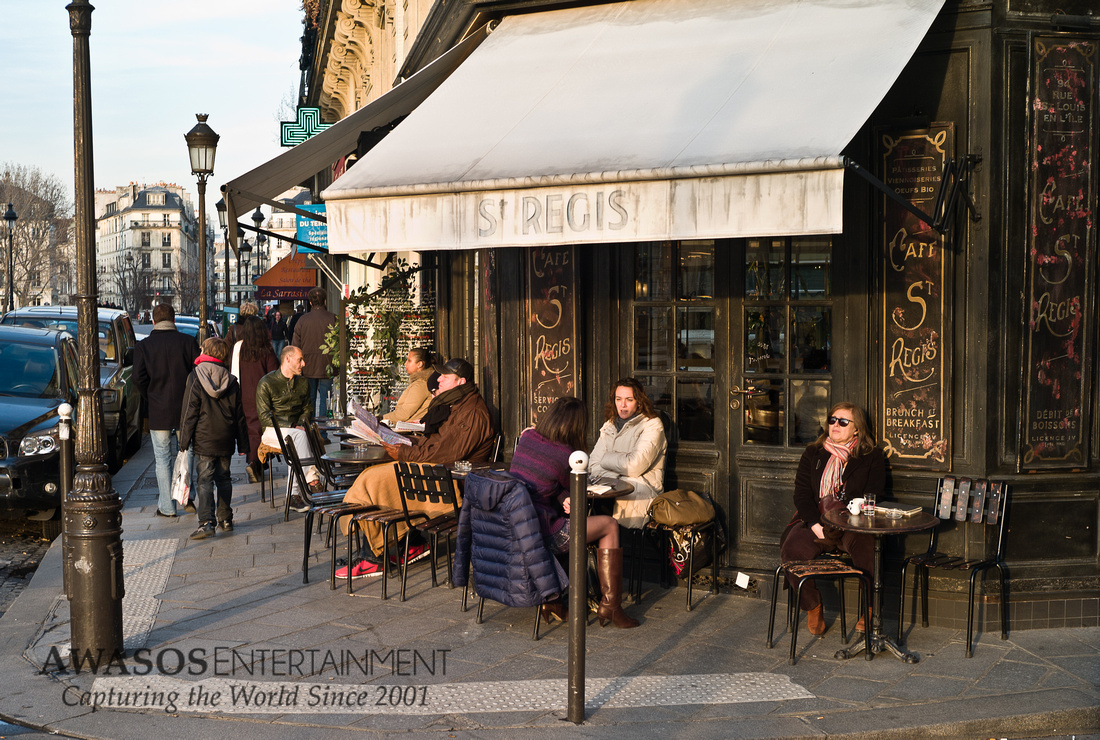